I’ve been fascinated by the concept of over-unity physics, and more recently since 2016, with Nassim’s holo-fractal theory which ties it all the various phenomena back together in a neat bundle. While there are (and have been) countless applications of over-unity devices existing, sadly, they always seem to be halted before making a come-out.

First, I’d like to present some of the on-going projects I’ve stumbled upon that seem promising (intuitively at least).

There are many, many other ones worth mentioning. Including water-based systems.

Also been following Emery Smith, an insider and former doctor who claims to have worked on numerous black-projects within the MIC. He has described in varying details, how overunity works, the different types which exist both designed by us and non-human entities. A real convergence of perspectives.

Second, I’d really like to fathom how this understanding of holo-fractal physics can be applied in everyday-life problem-solving. It’s my understanding that Nassim and his team have worked out a how to map and apply the holo-fractal principle at all scales. Over-unity seems promising, so are worm-holes. But how can they be applied in let’s say, optimising the flow and distribution of money/goods/services in an economoy at the global, national, local scales? Or in communication, manufacturing, or architecture?

The latter, the great Buckminster Fuller and his geodesic domes seem to embody the concrete application of holo-fractal into the design framework, to achieve the dymaxion house for instance (and the geodesic dome). 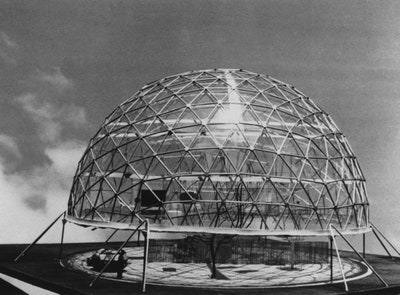 And yes, the Ark crystal seems awesome, but could we extrapolate the Ark to create better houses, hospitals, schools, transportation systems, agricultural methods (the effects on water/plants have already been demonstrated at lengths).

I’m also quite certain that the german mathematician Hartmut Mueller who pioneered the Global Scaling theory (which seems in line with what I mentioned previously) has also developed a communication system that uses resonance with “gravity waves in the Field” to deliver information across the Universe, instantaneously. Unsurprisingly, authorities came knocking on his door and even jailed him, forcing him to stop working on this (thankfully, he’s been out for a while, alas, never to continue work on the G-Phone).
I’m wondering if this sort of stuff is being considered at Resonance Science. 'Cause that would be a cool new device!

*The SAM750 is often what you see at larger scale events, like festivals. More intensive, but this is huge.

I used to work in stage production, including doing setups for concerts at festivals. In north america at least, Stageline is a big production company that operates these mobile stages that unfold from the freight container and assembled to create a stage for performers.

It dawned on me while I read Bucky’s book Critical Path, that such a technology could be used to deliver mobile eco-homes that would neatly unfold in a geodesic array (of tetrahedral units).

While Stageline’s existing tech is quite remarkable in its structural resistance, a geodesic dome has undoubtedly one of the most durable architecture (quake and hurricane proof). I pictured it in my mind, as unfolding from a central pillar (like how an umbrella opens up) to create the dome structure. The ground surface would unfold like this tessellation:

These freight container eco-homes could be packed up when you decide to move, or when your lease is up (Bucky envisioned those on a non-purchasable lease-only model; I say that’s great, but why not let people purchase them if they wanted to as well)